Dual Enrollment (On the School of Mary)

I didn't realize until I entered the working world that different universities offer different educations.

All I'd ever absorbed -- surely by ignoring many good sources probably informing me otherwise -- was that you get a good job by going to college. It didn't matter which college, or even what you studied. Just. Go. To. College.

I realized at Freshman Orientation, toured around campus in "small" groups of 40, that this feeling of traveling in a herd was my new normal. But I didn't realize it doesn't have to be that way.

In hindsight, I can see that I began attending another school while enrolled at university, and perhaps it was my preoccupation with these other lessons that made my academic degree plan feel more like a side job and less like the reason I moved to Denton, TX.

All the while, I found myself distracted and captivated by other, less formal classes, in a sanctuary of old couches and cobwebbed windows. I experienced the peace of silence, how to sincerely ask someone to forgive you, who I am in solitude, why I can be an introvert and still enjoy game nights, and that my deepest, wordless prayers float effortlessly to heaven on the words of the liturgy.

What surprises me today -- besides the fact that my university department advisors let my flaky self return to their offices so many times -- is that they never knew my name. They could pull up my transcript on a computer and delineate on their flow chart where I was on the progression of their major, but they didn't ask where I had come from, or where I was going, or what I was doing. I didn't hear about internships, informational interviews, networking, 10-year plans...

Yet in my unofficial studies in a creaking, seemingly forgotten chapel, my teacher knew my name. She opened a door that countless travellers before me have stepped through. Pope John Paul II called this the School of Mary, where we learn to follow Christ in the footsteps of a mortal so consecrated to the Immortal that He chose to incarnate within her.

Am I an idolator that I call her mother, that I rest at her feet to learn of her Son? That I want to be close to her, because I find such solace in the same arms that cradled our Lord to sleep? She who spent more time with Him than anyone, who pondered his wonder decades before a first miracle, whose own heart was pierced in sorrow, as Simeon said it would be, and who stood with the early Church at Pentecost, though she'd already received the Holy Spirit 33 years earlier.

Jesus taught me to call her Mother. 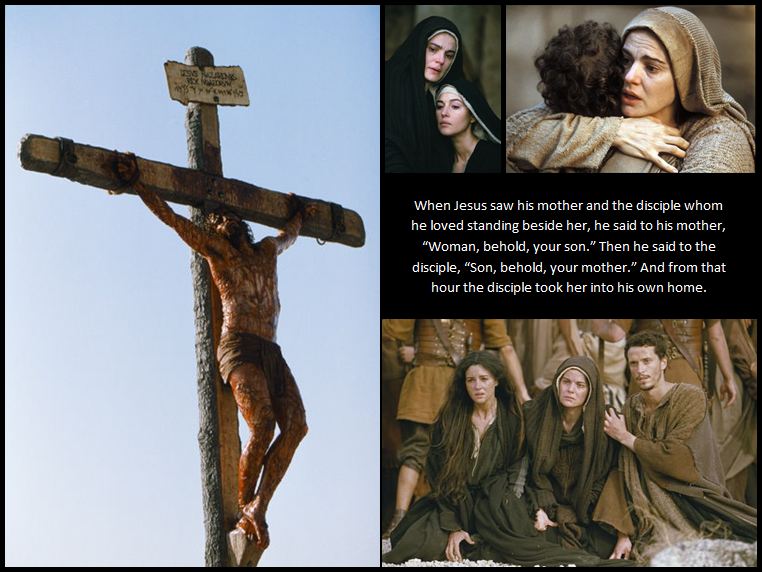 She continues to teach me many lessons and to bring me, always, to the heart of her Son.
on February 14, 2013

Email ThisBlogThis!Share to TwitterShare to FacebookShare to Pinterest
Labels: Catholic