Our Catholic Crisis Is Clericalism, Not Homosexuality

25 years ago, as headlines blasted the Catholic Church over scandals of sexual abuse and cover-up by clergy, I refused to believe it.

I blamed victims for lying about our beloved priests. It seemed impossible -- such a horrific sin happening within our Church, the same Church entrusted to preach a tortured eternity for those who cause a child to stumble.

I grasped at any reason to diminish and excuse what was happening in the Catholic Church:

It wasn't young children who were abused. It was mostly teenagers.
Church leaders didn't know about re-offense rates and the importance of keeping known abusers, even repentant abusers, away from children.

It was just a few isolated events.

It will hurt the Church's good reputation if we publicize this abuse. If it can be handled quietly, it should be.

What I failed to recognize then -- although I remember more than one occasion when it was brought to my attention -- is the extent to which this sin flourished like fungus through secrecy and clericalism. Sexual abuse was the original sin; but the sin continued with abuses of power and trust in the cover-ups.

A church culture of clericalism prevented transparency and accountability in the name of spiritual authority. This is the lynchpin that makes an entire Catholic hierarchy complicit and the problem we must rectify if we're to take genuine steps toward future prevention.

The most recent scandal to come to light involves Cardinal McCarrick's long-term sexual harassment and abuse of those under his leadership -- seminarians, brother priests, and even a child. He abused boys, young men, and adult men.

In the justified public outcry following this story, many factors are upsetting: the duration of the abuse, the number of people who were aware of the abuse and did nothing to stop it, the failure of the Vatican to take action even after being made aware, the audacity of a man entrusted as shepherd to do this to his sheep, the knowledge that under-the-table payouts were made while the status quo remained unchanged, and the fact that this abuser continued to rise through the ranks of Catholic hierarchy, in spite of all of it.

The factor that should not be upsetting (or surprising) is that there are homosexual priests among the clergy. I've read more than one angry demand that we laicize and discipline gay priests.

This approach is overly simplistic and illogical. Would we address spousal abuse by banning all heterosexual men from marriage?

It's tempting to promote any idea that might address the abuse crisis and prevent future victims, but the problem at hand is not gay priests. Aside from the obvious -- that not all clergy abuse was committed by gay priests -- this approach ignores the influence of clericalism that has undeniably perpetuated abuse.
Granted, according to Catholic teaching, homosexuality is not naturally ordered. However, also according to Catholic teaching, being gay (or lesbian or bi or queer or whatever), in and of itself, is not a sin. Demanding the resignation of every Catholic employee with same-sex attraction would be unjust, and furthermore, it would not solve the abuse crisis in our Church. Eve Tushnet writes a thorough contemplation of how this approach of targeting gay people -- instead of focusing on all priests living chaste, virtuous lives -- might actually worsen the current crisis.

The root of this scandal in our Church is not homosexuality; it is abuse of power. The reason we must bring this to light and publicly denounce it is not because gay people exist and have vocations within the Church. We must demand action and change within our Church because innocent victims were hurt and repeatedly hurt within a power structure that had no effective accountability to make it stop.

As an aside, regarding homosexual acts by clergy: if a priest or bishop should falter in virtue and commit a consensual homosexual act (re: not abuse), it is no worse a sin than a heterosexual act committed outside one's vows. The priest is in need of penitence, penance, probably more formation or spiritual direction, personal discernment about his vocation, and more effective accountability to try to live a life of chastity.

The headline of a priest or bishop having a consensual affair -- homosexual or heterosexual -- might be disappointing or slightly scandalous among Catholics, but it's no reason for public outrage and a call to clean house of the entire hierarchy (as abuse of power and sexual assault enabled by a culture of secrecy and clericalism requires).

We are right to be outraged at the abuse that has happened on our watch within our Church, even in its highest ranks. I am complicit in the sins of today from my past denial and victim-blaming. I'm deeply sorry and remorseful that I did not speak up loudly 25 years ago and demand an accounting for those in authority who hid abusers. Perhaps my voice then could have prevented the scandal of abuse that is breaking today.

For now, I will keep vigil within our Church. I will speak up when something doesn't look right. I won't be silenced by a false sense of deference toward that which hides behind clericalism, relying on silence over integrity.

May the victims of abuse by our clergy find both peace and justice in their lifetimes. 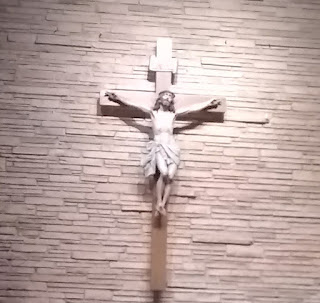