When I was 4, my mom said she liked to hear me sing during worship at church. I learned to love the Lord.

When I was 6, my dad gave me a giant pencil after a business trip and called me an author. I learned to love writing.

When I was 8, the receptionist at my dance studio looked over the counter and said she liked my big, brown eyes. I learned to like myself.

When I was 10, my fourth-grade teacher turned an incredibly diverse class into a tightknit, safe family for one wonderful year. I learned inclusivity is wonderful.

When I was 12, my sixth-grade teacher made me read The Phantom Tollbooth even though I wanted to read All Creatures Great And Small. I learned to love wit and wordplay.

When I was 14, I kissed a boy I didn't know and it started out high school really awkwardly. I learned that high school is awkward, and wow, so am I.

When I was 16, a police officer gave me my first traffic ticket for driving through a stop sign while lost in a wealthy neighborhood in the middle of the night, and my dad didn't freak out. I learned how to navigate traffic court, how to lose a lot of hard-earned cash very quickly, and how to parent a teenager.

When I was 18, a new teacher at school called me out for being rude to her in class. Eight years later, while student teaching high schoolers, I learned that what goes around really does come around.

When I was 20, my parents adopted my little sister after she was abandoned in the foster care system. I learned the world can be really awful, but good people can stop the cycle.

When I was 22, my alma mater gave me a diploma with honors and several nice awards. I learned that a college degree doesn't mean anything, and you need more than that to get a job.

When I was 26, someone I tremendously admired said I taught a good ballet class. I learned that I'm a good teacher.

When I was 28, a pregnancy test said I was unexpectedly pregnant while unemployed and without health insurance. I learned that God really does make a way when there seems to be no way.

When I was 30, my midwife said she knew I could push out this baby and that I needed to do it within three pushes for the sake of my son. I learned to trust my body and love midwives.

When I was 32, my employer said I could go to part-time hours, work from home, and they would still cover my health insurance. I learned a good employer can change a life, and it really doesn't hurt to ask!

When I was 34, my husband's company offered him a job three hours away while I was eight months pregnant and caring for four kids under age six. I learned, once again, that God really, really, really does make a way.

When I was 36, my country was more divided politically than I'd ever experienced, and my Church was embroiled in scandal. I'm learning that good people -- even if they disagree on major issues -- can still work together for good. 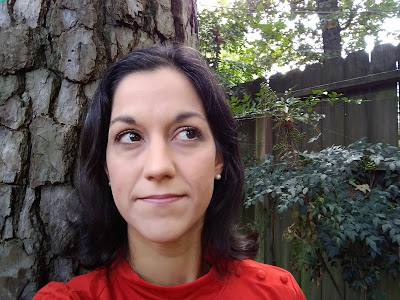