We're conditioned to view our faith through an incredibly polarized political lens in America. Yet even on issues of gravest matter, such as abortion, neither Democrats nor Republicans fully embrace our values.


For many years, I believed (on threat of eternal damnation) that Catholics were morally obligated to vote only for candidates who claimed pro-life platforms.

This assumption is not actually Church teaching. (Further discussion on this under #5 below.)

The intent of this post is not to argue the morality of abortion or any related pre-born-human issues, nor is it to cast stones at those who are navigating these sensitive and deeply personal situations. There are other sources available for that discussion.

Jesus tells the parable of a man with two sons. He asks both sons to work in the vineyard. The first son says, "No," but then does the work anyway. The second son says, "Yes," but does not do the work.

Yes, the Democratic Party is clearly pro-choice. But the Republican party -- despite claiming to be pro-life -- is conclusively pro-choice as well.

There is a very profitable, large-scale abortion provider in the United States (not Planned Parenthood) that is almost completely self-regulated and enjoys unlimited bipartisan support.

As pro-life voters, we need to recognize that the destruction of pre-born human life does not occur solely in women’s health clinics for the poor. It also occurs increasingly and extensively in fertility clinics for the wealthy.

The process of in vitro fertilization [IVF] creates 15-20 embryos in each process, of which only 1-2 are implanted. The rest (~86% of created embryos) are disposed of as medical "waste," indefinitely frozen in storage, or donated to science.

While the abortion rate in women’s clinics has declined steadily over the years, the CDC estimates, as of 2015, nearly 1 in 50 children are born through assisted reproductive technology. As of 2014, Texas had 28 clinics that offer abortion. Texas currently has 78 fertility clinics.

And yet, Ted Cruz described abortions as "crimes against humanity" when done at women’s health clinics while assuring voters in 2016 that he’s "not interested in anything that restricts in vitro fertilization."

Perhaps, we could argue, IVF is different because people are only killing unborn babies with the intent to create life.

Perhaps, we could argue, IVF is different because people are so intent on creating life that they don’t even mind killing unborn babies. 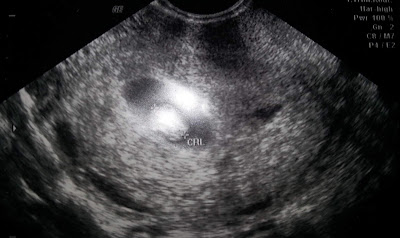 What does it matter, some ask, since Democrats are also completely ignoring the dignity of human life lost by IVF?

This is the crux of it: despite claiming a "pro-life" platform, Republicans are clearly pro-choice. The ending of pre-born human life -- even on a large scale for unregulated, very profitable clinics that give their medical "waste" of living embryos to scientific research, as occurs in IVF -- is acceptable.

Our decision, as pro-life voters, is no longer between a pro-life party and a pro-choice party. No matter what their platforms declare, both Democrats and Republicans are demonstrably pro-choice.

2. With two pro-choice parties, our only attainable goal as pro-life voters is to decrease abortion, not to end abortion.

To be clear, our mission includes working toward a world in which a human at every stage of life, even and especially prior to birth, receives the right to life. However, given that both major political parties support abortion (whether admittedly or not), our votes cannot accomplish an abortion ban.

Therefore, the goal of pro-life voting is to discern how best to decrease abortion. In this, people of good faith can disagree about best approaches.

3. Historically, Republican politicians at the national level do not have a strong anti-abortion legacy, personally or legislatively.

Many Republican candidates claim to be "pro-life," but they'll fund an abortion to hide an affair or support and use IVF. They stumble through talking points at debates and then avoid the topic at all costs.

Both Roe v. Wade (1973) and Planned Parenthood v. Casey (1992) -- landmark cases that supported abortion as a right -- were decided with a conservative majority on the Supreme Court. The plurality opinion in Casey, fundamental to upholding Roe, was actually crafted by three conservative Justices appointed by Republican presidents. 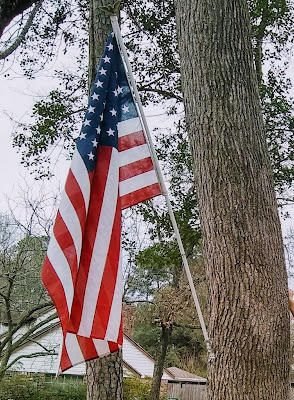 No one attempted to dialogue with Democrats from red states that just might go for it (though three pro-life Democrats did vote for it). Did McConnell even make a phone call? Did Lindsay Graham put himself in front of cameras for an impassioned, epic rant about justice? Did Republicans stay late to work out needed details? Did this even come up in bipartisan conversation? No one hosted a press conference. No one held other controversial legislation ransom over it. No one revised the bill to gain signature votes. There were some virtue-signaling tweets, but not nearly the storm that Republicans are capable of creating over signature issues. It almost felt like Republican politicians didn't actually mind whether a national abortion ban passed.

Again, what does it matter if Republicans fail at passing legislation that decreases abortion in our country? At least they’re trying, which is more than we can say for Democrats. (Keep reading.)

4. There are more ways to decrease abortion in our country than the traditional Republican approach.

Policies sponsored by both Republicans and Democrats can create deterrents and incentives against abortion, whether intentionally or unintentionally.

Accordingly, there are two valid voting options for pro-life Catholics who want to decrease abortion: 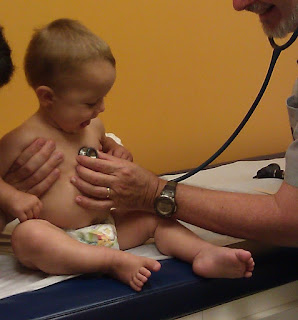 Pro-life crisis pregnancy resource centers find success in the second approach. They work to meet the needs of those who feel abortion is their only choice -- connecting women with prenatal healthcare, government safety net programs, infant supplies, education, job stability, and community support. (Granted, this doesn’t necessarily align solely with a Democratic Party approach. It’s simply an example that pro-active empowerment policies over punitive regulation policies can be a valid pro-life approach.)

Conscientious citizens of any political identity would surely agree that we must weigh the effects of policies, not solely the intentions.

5. Guidelines provided by the United States Conference of Catholic Bishops [USCCB] give specific circumstances under which a faithful Catholic can vote for a pro-choice candidate.

As outlined in #1 above, self-proclaimed "anti-abortion" candidates -- even those most lauded by pro-life organizations -- are actually "pro-choice." As a result, prolife Catholics ultimately vote between pro-choice candidates, Democrat or Republican, regardless of their stated official platforms.

The only authoritative voting guide for Catholics is the USCCB’s document on Faithful Citizenship, despite many voting guides that claim to be Catholic, even from seemingly reputable Catholic sources.

Sections 34-37 of the USCCB document address abortion, among other intrinsically evil issues. This is official, non-partisan Church teaching:


"A Catholic cannot vote for a candidate who favors a policy promoting an intrinsically evil act, such as abortion, euthanasia, assisted suicide, deliberately subjecting workers or the poor to subhuman living conditions, redefining marriage in ways that violate its essential meaning, or racist behavior, if the voter’s intent is to support that position…

There may be times when a Catholic who rejects a candidate's unacceptable position even on policies promoting an intrinsically evil act may reasonably decide to vote for that candidate for other morally grave reasons. Voting in this way would be permissible only for truly grave moral reasons, not to advance narrow interests or partisan preferences or to ignore a fundamental moral evil." - USCCB, Forming Consciences for Faithful Citizenship 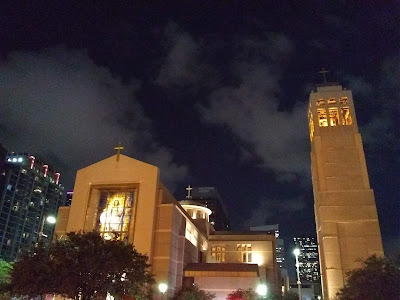 The USCCB document does not state that a Catholic is morally obligated to vote for a candidate who claims to be pro-life, even if this candidate is running against a pro-choice candidate.

2) A person can vote for a pro-choice candidate as long as the candidate's pro-choice position is not the reason for the vote, and if grave reasons exist. (Well-meaning Catholics often add further definition to "grave reasons" in an attempt to severely limit its application to anything short of voting for a psychotic terrorist; however, this phrase, "grave reasons," is intentionally left non-specific and subject to one’s own conscience and culpability. It is repeated -- and, again, left undefined -- in the final paragraph of this document by Pope Benedict XVI, then Cardinal Ratzinger, regarding a Catholic’s worthiness to receive Communion based on voting habits.)

Section 36 of the "Faithful Citizenship" document is most relevant to today's American political landscape, since both parties are demonstrably pro-choice, despite stated platforms (see #1 above).

Section 36 clarifies how to vote when every candidate (regardless of stated platform) supports an intrinsic evil.

"When all candidates hold a position that promotes an intrinsically evil act, the conscientious voter faces a dilemma. The voter may decide to take the extraordinary step of not voting for any candidate or, after careful deliberation, may decide to vote for the candidate deemed less likely to advance such a morally flawed position and more likely to pursue other authentic human goods."

The document does not state we must vote according to what an organization, candidate, or party claims will decrease an intrinsic evil (i.e. a candidate declaring their way is the only way -- whether by increased regulations or increased family-friendly policies -- to end abortion).

1) It’s okay not to vote, noting this is an extraordinary step. It’s preferable for Catholics to find a way to participate in the democratic process.

2) It is up to the voter to determine which candidate is "deemed less likely to advance such a morally flawed position and more likely to pursue other authentic human goods."

To emphasize this point, in Section 37, the USCCB offers additional points to consider:
On that last point, does this candidate just repeatedly vote for unsuccessful legislation as a virtue signal to voters, or are they able to work within our flawed political system to advance legislation toward authentic human goods?


"These decisions should take into account a candidate's commitments, character, integrity, and ability to influence a given issue. In the end, this is a decision to be made by each Catholic guided by a conscience formed by Catholic moral teaching."

In Conclusion
The manipulative interplay of politics and religion in our country brings me to this conclusion: Conscientious pro-life Catholics voting with the intent to decrease abortion are not limited to one political approach or one political party as a means to this end.

For too long Catholics have allowed secular big party politics to manipulate our spiritual values. How committed a person is to one political party or another has become a litmus test of our orthodoxy. The way forward is bipartisan.

My hope is that devout, pro-life Catholics can send a loud message to both parties: our votes are not a given for either party, and if any politician wants to represent us, they need to earn our votes with knowledge, competence, action, and consistency.

*For the purpose of this article, the term "pro-life" describes only the position of being "anti-abortion." It does not consider the "whole-life" or seamless garment reasons that a voter might support a pro-choice candidate.

Charlene Bader
Born and raised in Texas, I enjoy teaching, editing, and writing while raising 5 boys with my husband, Wally. I learned to love Scripture from my Baptist parents and liturgy from my Episcopal grandma. A personal interest in church history and social justice, as well as a desire for more tangible reverence in worship, led to my conversion to Catholicism in 2003. I graduated from the University of North Texas in 2004 with a Bachelor's in Communications and 2021 with a Master's in Education and Management. I've worked in the arts, administration, and education in the non-profit, private, and public sectors, as a full-time working mom, part-time working mom, work-from-home mom, and homeschooling mom. I'm passionate about social justice, ecumenism, history, special education, and helping others experience a personal, relevant connection to the Lord in their everyday lives.