Life's Companion: A Reflection on 10 Years of Marriage

An immersive six-month course on all things marriage-household-and-family led by Christopher West himself could not have prepared us for the past 10 years.

It has been nuts.

One giant faux leather sectional that has only fit properly in one of those five homes but that we refuse to part with because it is like a child to us.

Ten thousand family photos in which every person is smiling except one.

One year of life that we can't even remember -- just empty files in our brains. (It's probably a coincidence that it's the same year the twins were born.)

So many jobs -- I stopped counting at eleven.

One kidney stone, five ER trips, one adenoidectomy, one tonsillectomy, three myringotomies, one tympanoplasty, one laser eye surgery, one craniosynostosis repair, one kid with braces, two kids with asthma, and to date, zero stitches. KNOCK. ON. WOOD.

One pocket door installation that nearly destroyed our marriage -- but didn't -- and now makes us think we're DIY-invincible.

Four parishes, all of which were in the middle of new building fundraising campaigns.

Miraculously, one set of dishware that will apparently be with us until the end of time.


Excerpt from "The Jeweler's Shop"
By Karol Wojtyla

We were just walking on the right side of the market square
when Andrew turned around and said,
”Do you want to be my life’s companion?”

That’s what he said.
He didn’t say: do you want to be my wife, but: my life’s companion.

What he intended to say must have been thought over.
He said it looking ahead, as if afraid to read in my eyes,
and at the same time as if to signify that
in front of us was a road whose end could not be seen --
there was, or at least, could be, if I replied “Yes” to his question. 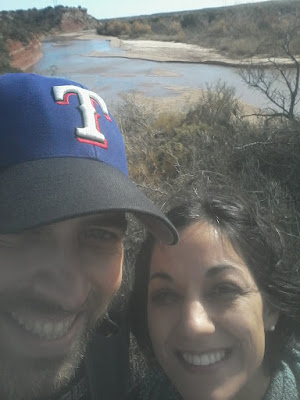